Casey Ryback (Steven Segal) is a former S.E.A.L. who becomes a cook, and is the only person who can stop a gang of terrorists when they seize control of a US Navy battleship in the 1992 movie Under Siege. And yet, where is he now when we need him? Did he help us prepare our Thanksgiving dinner? Nope. Will he rise to our defence against the predators in our midst? It seems not. As we once again find ourselves engaged in a battle to protect our chickens, Ryback may as well be locked in the freezer.

A few weeks ago we had some very determined badgers threatening our chickens. Typically, the badgers come around at night, dig up a few things – earthworms, insects and grubs — in the garden, and then wander off.  We discovered, one morning, some of the security stones around the wire fence perimeter of the chicken coop had been moved. These are not light little stones easily held aloft. Rather, they are Dartmoor granite rocks, weighing about 30-40 pounds. To lift these, it takes two hands and an ergonomic awareness to avoid back injury. Yet, they were tossed around the garden with abandon.   This is a most sinister and foul creature.

Having returned the stones and added extra reinforcement, we found the next morning an even larger stone from the base of a 15-foot high wall moved a few feet away and next to it, a sizeable pile of dirt. In the course of a single evening, the badgers had moved this 60-pound rock and dug a horizontal tunnel some seven feet in length. What took them perhaps an hour or two to unearth, took Roger an equal amount of time to repair. 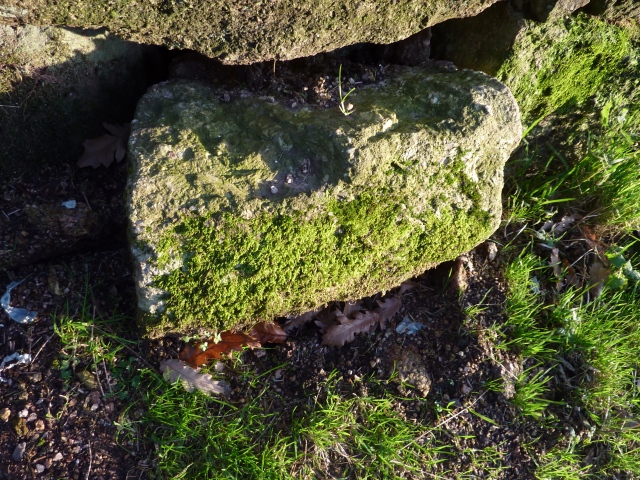 Hard to believe, but this is the rock the badgers moved in order to begin their big dig. 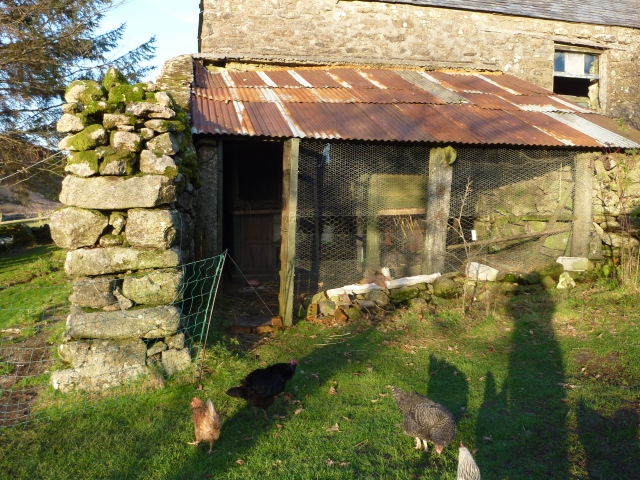 A coop within a coop. It’s a fortress, really.

Badgers have the ability to tunnel after ground-dwelling rodents, so perhaps they were simply after the rats or moles who regularly burrow beneath the grass? I console myself with this idea. But, I’m no fool and am fully aware badgers will eat small mammals and birds, including chickens. Our well fortified chicken coop sits on a cobbled stone base, within a stone and wire perimeter, and yet these badgers seemed to be attempting to tunnel underneath in order to pop up inside. Possible? If so, we need some help.

There is a long tradition of the military on Dartmoor dating back to the Napoleonic Wars. Today, there remains a large British Army training camp and the Ministry of Defense uses three areas of northern moorland for their manoeuvres and live-firing exercises. In fact, one is just over the hill from us. Pyrotechnics, digging, low-flying helicopters are all apart of the military practice on Dartmoor.   But, no where in the recently extended 40-year agreement to continue the use of land for their activities does it require the military to, “help protect Catherine & Roger’s chickens.”

Badgers. Spiders. Moles.  These represent some of the recent British Invasion to Crockern. Unbelievably, and despite the evidence, the badgers have not caused the latest sustained confrontations. It has been Mr. Fox!

In the summer, we had lots of rabbits attempting to feast on the garden’s bounty. Our successful use of bird netting kept the chickens and the rabbits out of the vegetable beds, with only minor nibbling on a few plants on the edges, which we were prepared to sacrifice. Lately, I’ve noticed a distinct absence of rabbits. No sightings. No nibbled plant leaves. No poop evidence. Nothing. It hadn’t dawned on me that it could be the rabbits have been engaged in their own bit of animal warfare, and are seriously down in ranks. But when Roger and I suffered two separate mid-day losses of chickens to a cheating fox, the penny dropped.

The weather has turned colder and the days shorter, the grasses, bushes, and trees, are ready for winter having changed colour and dropped their leaves, generally providing less camouflage and making spotting the local wildlife easier. Scarcity of food and cover means seeing a fox on the hillside during daylight hours is increasingly more likely. I find myself pausing longer in the top windows, staring out upon the grasses as if I’m in a wildlife hide, waiting to spot him, my now archenemy.

Daily, we are reminded of the predator and prey relationship with soaring buzzards in the sky, or a ravaged carcass in the deep grass near a path.  Like any skilled predator, the fox has marked Crockern as easy pickings and will return. Coming once during the day whilst we were out on a walk was bold. Returning another day, when we were out in the garden, was considerably bolder.   It will be back. With no sign of outside help, we are left to our own efforts to protect and defend. With the money we’ve saved in a jar from egg sales, we’ve purchased electric fencing.

I don’t like it. It’s ugly. It is in the way. I can’t easily climb over it. But, the chickens get to roam around outside during the day. It gives us peace of mind during these winter months when the food supply is less abundant and the chance increased of a fox attack on our free ranging hens. The chickens are oblivious to the threats around them. All they know is being cooped up all day is not half as much fun as scratching around in the dirt and preying on worms. 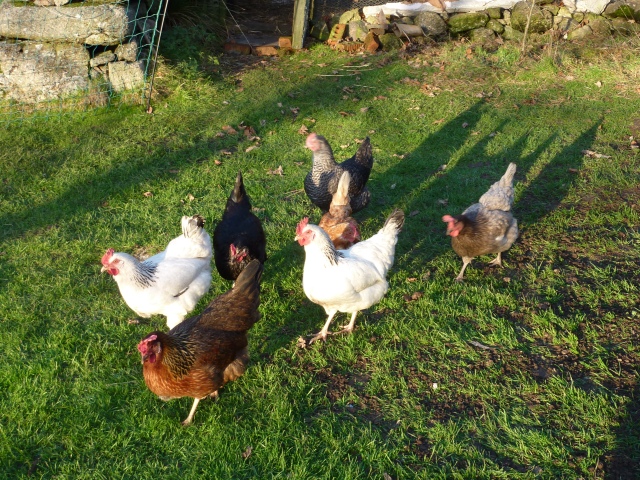 The flock of seven, checking out their new fencing. 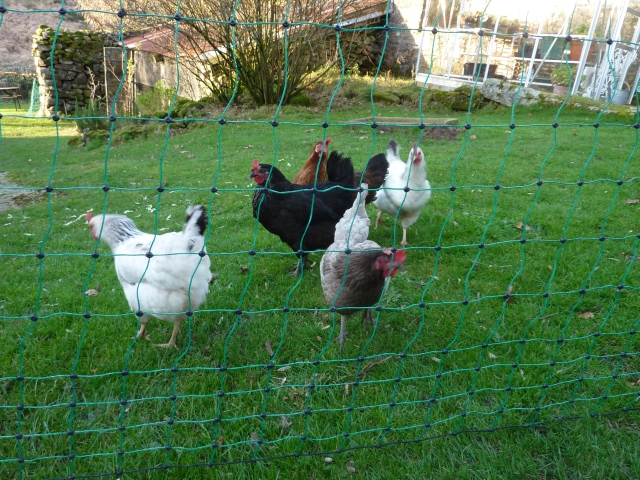